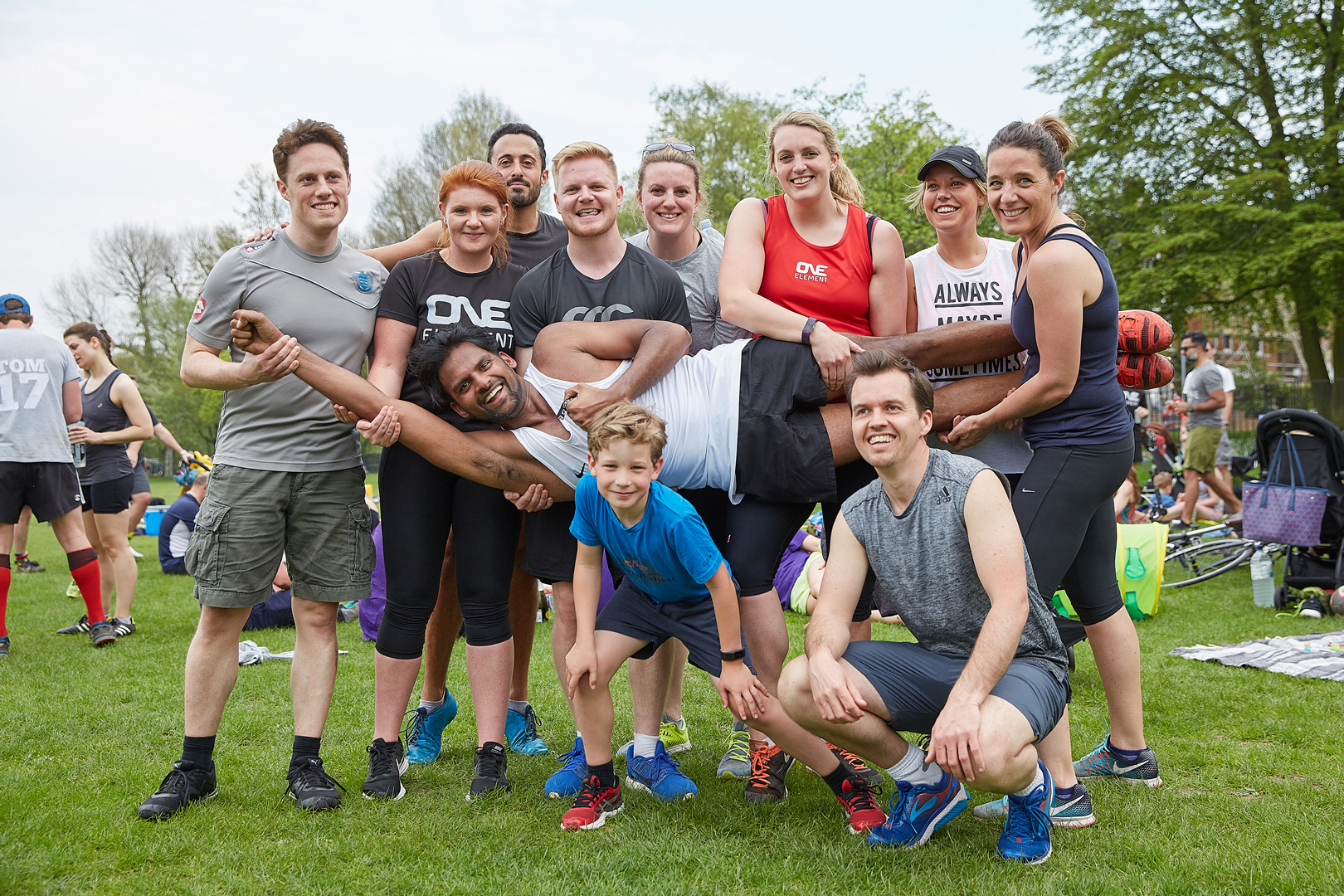 One Element Gains Ground in London

By One ElementAugust 7, 2019No Comments

One Element (OE) is proud to be expanding its offering for Londoners looking to get fit, whilst having fun. After growing demand from potential and existing members, OE is excited to launch a new early morning session. We’ll be adding a 6.45am session on Tuesday mornings at Wandsworth Park in Putney with our popular trainer Olivia. The latest addition to the twenty sessions One Element already offers across the Wandsworth borough.

BMF (Be Military Fit), a market leader in outdoor social fitness, has recently closed various locations in South West London. These include Wandsworth, Wimbledon and Putney where One Element operates. This change has left a community of fitness lovers without an outlet for their social fitness needs. With the addition of One Element’s new sessions, such as the new Tuesday morning training in Putney, we’re proud to be housing that community and growing the One Element family by meeting a real gap in the London fitness market. Existing members are embracing the new sessions too. Putney member Kim says “it’s great that Tom and his team have launched this extra session. OE is a big part of my life.  The combination of the session content and being in a group environment makes it addictive. To have another session to choose from can only be a good thing.”

The addition of this session in Putney forms part of One Element’s growing journey in London.  As OE founder Tom Marien says: “Putney members have been asking for an early morning session for a little while. With BMF closing its Putney and other SW London BMF branches last month, it is great to be able to offer this new session.  And we’re pleased to welcome many ex-BMF members to One Element. We hope to launch other new sessions this year too, so watch this space.” Recent sessions added to our catalogue are our new kettlebell workouts, as well as our HIIT-based training in  Wimbledon Park on Fridays at 9.30am, Wandsworth West Side on Saturdays at 8.30am, Tooting Common on Wednesdays at 7.30pm.

This announcement comes as we also set up shop in Clapham Common with the launch of our sixth and latest franchise, One Element Clapham. If that wasn’t enough, we were also named top of the Spectator’s ‘7 ways to keep fit outdoors’ list. The honourable mention highlighted our varied social calendar. “Members often go for brunch or drinks afterward, and the social side includes ski trips and an annual touch rugby tournament”. It’s safe to say One Element is becoming a central hub for London’s growing fitness community.

One Element welcomes potential new members of all ages and backgrounds, and invites all to come along to a free trial to experience our tried-and-tested social fitness model for yourself. See you in the park!